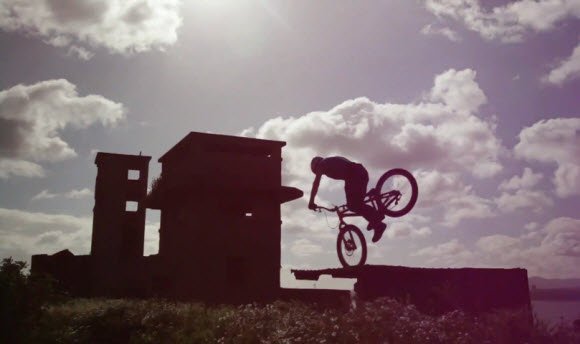 This film was made by a Stephen Higgins, a filmmaker based in New York City, for YouTube’s 5th birthday last May 2010.  It features trick cyclist Danny MacAskill, also known as inspiredbicycles, simply doing sort of freerunning with a bicycle.  Danny MacAskill became a street trials sensation after his video was seen by millions of people on YouTube. (Videos and more photos after the jump)

Now here’s the video that made Danny MacAskill web famous. It features probably the best collection of street/street trials riding ever seen as Danny MacAskill took to the streets of Edinburgh for a freestyle trip around the city on his mountain.  With a video that has now heralded over 20 million views on YouTube, little did he know he’d spark an internet phenomenon. Without a doubt, this video pushes the envelope of what is perceived as possible on a trials bike. Watch.

This site uses Akismet to reduce spam. Learn how your comment data is processed.